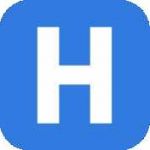 akul Preet Singh is all set to amuse us with her acting in the upcoming film Doctor G. The actress recently reached Bhopal, Madhya Pradesh, to begin the shooting. She has now shared some fun BTS (behind-the-scenes) videos from the sets of the film. Rakul Preet Singh will be seen opposite Ayushmann Khurrana in Doctor G.

Rakul Preet Singh has been busy with several upcoming projects. She has been sharing constant updates with her fans and followers regarding the same on social media. Taking to her official Instagram handle, the actress has now treated fans to a BTS video from the sets of Doctor G. In the clips, she can be seen getting her hair and make-up done to shoot a scene.

In another video, Rakul Preet Singh is relishing chaat, a popular Indian snack. The cast and crew of the film enjoyed the meal amid the night shoot of Doctor G. “Chaat kha ke huye jungle #Doctor G #nightshoot #jungleepictures (sic),” Rakul captioned one of her video posts.